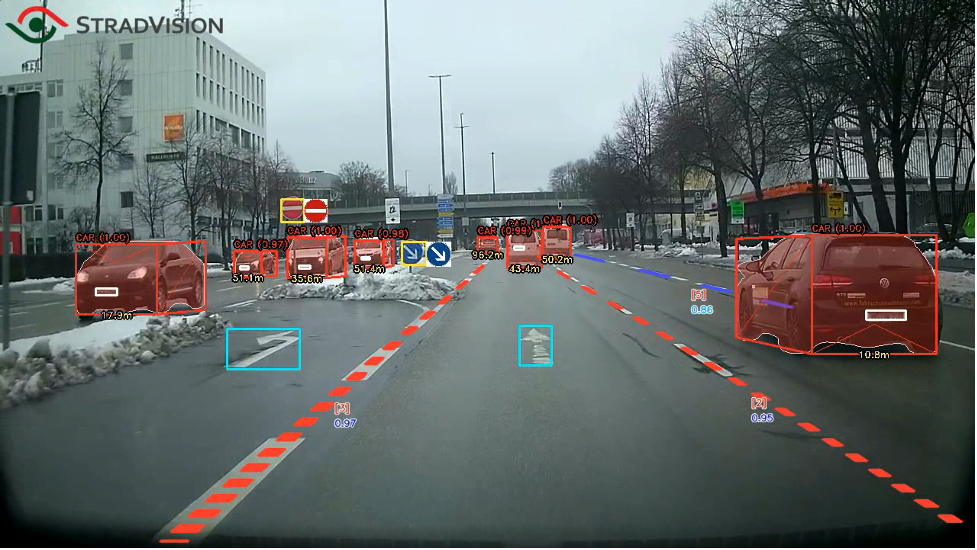 Our Services:   Public relations & media relations for the Japanese market

StradVision, Inc. (HQ in Korea and San Jose, U.S.) provides and develops object recognition AI software for advanced driver assistance systems (ADAS) and autonomous driving vehicles, working with nine partners in Germany and China. Stradivision faced challenges in public relations to raise awareness and support sales activities in the Japanese market, which has an important position in the automotive industry. Therefore in order to improve their PR, they turned to Shapewin, who has strong relationships with Japanese industry and tech media. ShapeWin accurately demonstrated the advantages of StradVision’s processor efficient deep learning algorithm and high SoC optimization technologies through press releases and pitches, then obtained exposure in various key media, including the Nikkei news and TechCrunch Japan. The client StradVision benefited from this increased PR and brand awareness, which supported their collaboration with Japanese automotive companies. We spoke to Jinho Lee, PR Manager at StradVision, about why they collaborated with ShapeWin as their PR agency in Japan and how it has worked for them.

Why did they choose ShapeWin?

Record of the media coverage

Mr. Jinho Lee’s career started at Edelman, a global PR firm, as a technology industry specialist. Then he was an experienced global PR manager at LG Electronics, and global communication manager at a gaming company, Netmarble. Now he represents StradVision as a PR Manager.

Founded in 2014, StradVision is a pioneer in image processing AI technology for advanced driver assistance systems (ADAS) and autonomous driving systems. The company’s software “SVNet” is an object recognition AI software that uses deep learning to detect objects from camera images. One of the features of SVNet is the patented technology that allows it to be embedded in a variety of platforms, supporting more than 14 different hardware platforms. It realizes high object detection and recognition accuracy while reducing the size of network parameters. That can reduce the amount of computation and the amount of memory used. Using SVNet can take the place of expensive sensors such as LiADR with a cheap camera.

“We’re accelerating the emergence of autonomous vehicles by making ADAS capabilities available at a fraction of the cost of competitors,” Lee said.

As of September 2021, StradVision has partnered with nine partners, including major German automakers and Tier 1 OEMs, and has been adopted in 51 different ADAS and autonomous vehicles, which will be installed in 13 million mass-produced cars worldwide. The company is also working on several production projects in Europe and China, including a Level 4 autonomous bus project in Europe, and is already deploying ADAS vehicles on Chinese roads.

In the Japanese market, StradVision has signed collaboration agreements with Renesas Electronics (September 2019) and Socionext (August 2020), two leading system-on-chip (SoC) solutions companies, to expand the supply of SVNet to the Japanese market. On the finance aspect, we have received investments from Hyundai Motor, LG Electronics, IDG Capital, Aisin Group, and others, and have established offices in Seoul, San Jose, Tokyo, China, and Munich and a team of more than 200 people.

With their rapid and consistent implementation on various platforms, strong partnerships with SoC partners, and global recognition as a top AI provider, StradVision has gained some recognition as a provider of object recognition AI for autonomous driving in Germany, China, and North America. Still, there is not enough awareness in the Japanese market, which has a significant presence in the automotive industry.

Automakers have collaborated with various subcontractors to produce vehicles in the market. That is partly to realize both development speed and cost performance.

Nowadays, Automakers are working with start-ups and universities to do R&D and demonstration experiments for the next generation of EVs and autonomous driving cars. StradVision needed to have media exposure in key media to introduce their technology faster for Japanese OEMs and Tier 1 manufacturers.

As StradVision focused on PR activity to raise their awareness brand bigger and better, Lee was looking for a PR agency that could carry specific expertise within the industry and tech media, as opposed to broader services PR agencies.

Lee said, “For StradVision, which is based on cutting-edge IT technology, ShapeWin’s experience of collaborating with various IT companies was the biggest decision-making factor. ShapeWin was able to gain recognition from Japanese media and expose quality stories within a short period of time thanks to its high understanding of the IT industry and a strong network with major Japanese media. The support of professional writers collaborating with local media was also of great help to us.”

When Toshihiro Sato, a specialist in the automotive electronics sector, was appointed GM of the Japan office, ShapeWin pitched an interview with automotive tech media to convey the company’s sales strategy and message to the Japanese market. The angles that worked well were information of local projects that have already been underway in Japan, unveiled development roadmap, and new technologies that had not yet been reported in Japan. For instance, autonomous vehicles tend to have high prices due to extending software development or electronics, so cost reduction is a significant issue. The story angle highlighted that this cost issue could be solved by StradVision’s new cutting edge technology, pseudo-LiDAR with monocular camera support. This pitch attracted the attention of a journalist at Nikkei newspaper.

As a result, within three months of the start of PR activities in Japan, StradVision had been covered by the Nikkei news, Japan’s top business newspaper. In addition, Nikkei Automotive, a member of the Nikkei Group, and ASCII.jp, a tech media outlet, also published interviews with them.

The influence of the coverage in Nikkei Group media was enormous, and after that, StradVision was able to achieve coverage and contributions one after another in TechCrunch Japan, Electronic Device Industry News, Autonomous Driving Lab, ASCII.jp, i-engineer, etc. In order to attract Japanese customers with their keen technical capabilities, ShapeWin also pitched highlights regarding their intellectual properties and team building aspects.

“StradVision is a B2B company and aims for communication activities that support the sales team. ShapeWin achieved immediate results by securing coverage in Japanese automobile and IT industry magazines and major economic magazines. StradVision’s Japan team evaluated that this support greatly improved our corporate awareness in the industry.”

“I would like to recommend ShapeWin to IT companies who want to enter the Japanese market or improve their company and product awareness and industry leadership in Japan. ShapeWin is a passionate partner providing professional and dedicated support.”

Founded in 2014, StradVision is an automotive industry pioneer in AI-based vision processing technology for Advanced Driver Assistance Systems (ADAS). The company is accelerating the advent of fully autonomous vehicles by making ADAS features available at a fraction of the market cost compared with competitors. StradVision’s software is being deployed in 8.8 million vehicles worldwide and is serviced by their over 200 employees in Seoul, San Jose, Tokyo, and Munich. The company received the 2020 Autonomous Vehicle Technology ACES Award in Autonomy (Software Category). StradVision’s software is certified to the ISO 9001:2015 international standard.